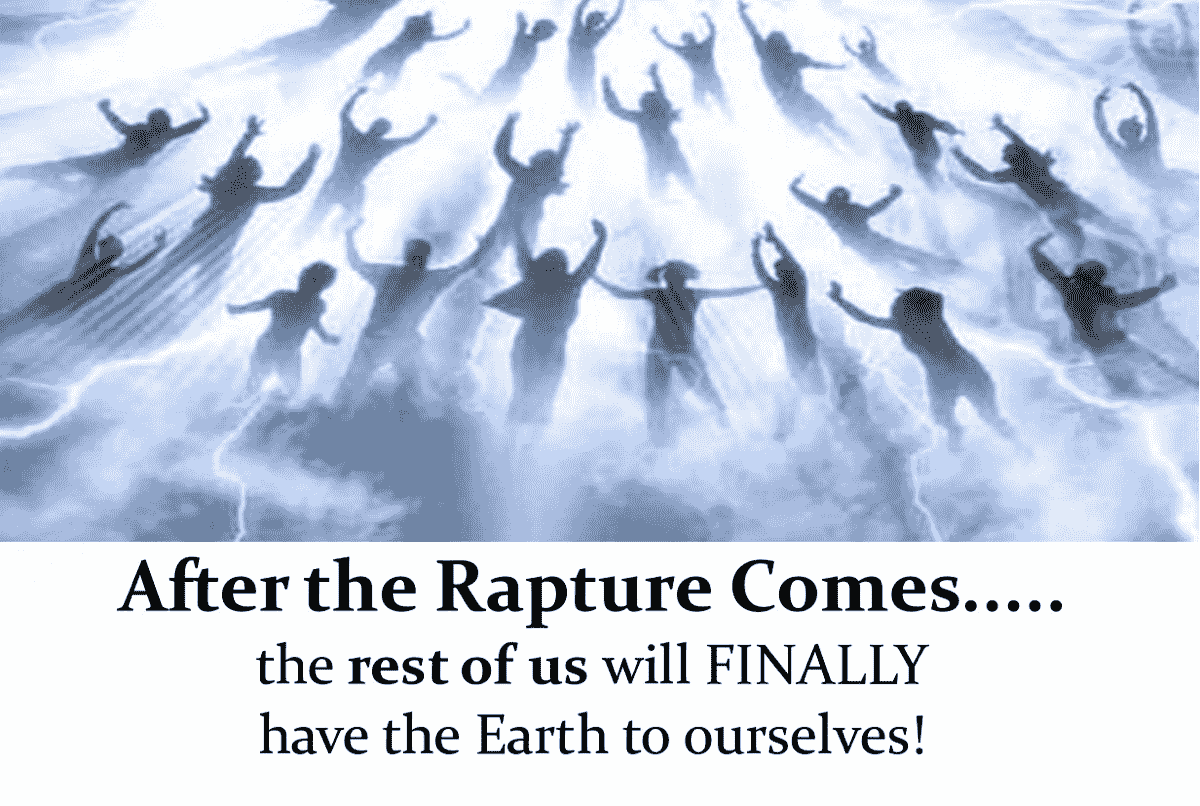 Before the flood Noah and his 3 sons got on the ark to be saved. Who was left behind? All the Earth and the human population which did not make it into the boat, they all died.

The Flood story tells how Noah and his three sons Shem, Ham, and Japheth, together with their wives, were saved from the Deluge to repopulate the Earth.

The one that was taken away, was the one that did not get on the Ark.

So you WANT TO BE LEFT BEHIND. The churches wrongly all preach that you want to be taken, to be raptured up! The one that is left, is the one that is saved! We are going to have to go through the persecution in the end times.

Matthew 24:4 And Yâsha' answered and said unto them, Take heed that no man deceive you. 5 For many shall come in my name, saying, I am Messiah; and shall deceive many.

The churches have been deceiving people on the Rapture and also on the Messiah real name, for there was no letter J 500 years ago, so His name cannot be Jesus!

The 2 Jesuits of the Roman Catholic church that came up with the rapture deception is Fransisco Ribera and Ignatius Loyola in 1685AD. Two modern day Jesuits do the whole "Left Behind series" Tim LaHaye and Jerry B. Jenkins.

The last Trump is when Christ returns. The Messiah is not going to go gather up his people in the clouds for 7 years and then come back.

1 Thessalonians 4:16 For the Master himself shall descend from heaven with a shout, with the voice of the archangel, and with the trump of Ahâyâh: and the dead in Messiah shall rise first: 17 Then we which are alive and remain shall be caught up together with them in the clouds, to meet the Master in the air: and so shall we ever be with Ahâyâh.

Thessalonians has nothing to do with one working in the field one being left and the other one taken. Two separate concepts, but it was a Jesuit imposition against Christ's teachings, because it causes modern day "Christians" to not want to fight the end battle. So they are not standing in the last days of spiritual warfare, they are waiting they are not fighting spiritually.

If you are in Christ you will make it through the persecution and make it to the other side. You want to be left behind, because you are the one who will help guide the gentiles.