Christ in the Bible is a pagan term. The Greeks used both the word Messias (a transliteration) and Christos (a translation) for the Hebrew Mashiach (Anointed). The word Christos was far more acceptable to the pagans who were worshiping Chreston and Chrestos.

According to The Interpreter's Dictionary of the Bible, the word Christos was easily confused with the common Greek proper name Chrestos, meaning "good." According to a French theological dictionary, it is absolutely beyond doubt that Christus and Chrestus, and Christiani and Chrestiani were used indifferently by the profane and Christian authors of the first two centuries A.D. The word Christianos is a Latinism, being contributed neither by the Jews nor by the Christians themselves. The word was introduced from one of three origins: the Roman police, the Roman populace, or an unspecified pagan origin. Its infrequent use in the New Testament suggests a pagan origin.

According to Realencyclopaedie, the inscription Chrestos is to be seen on a Mithras relief in the Vatican. According to Christianity and Mythology, Osiris, the sun-deity of Egypt, was reverenced as Chrestos. In the Synagogue of the Marcionites on Mount Hermon, built in the third century A.D., the Messiah's title is spelled Chrestos. According to Tertullian and Lactantius, the common people usually called Christ Chrestos.

Christ the proper term is Messiah 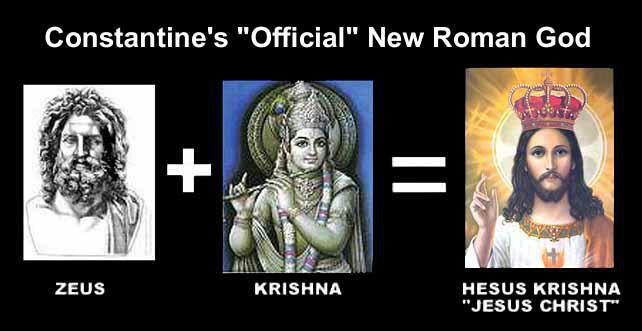